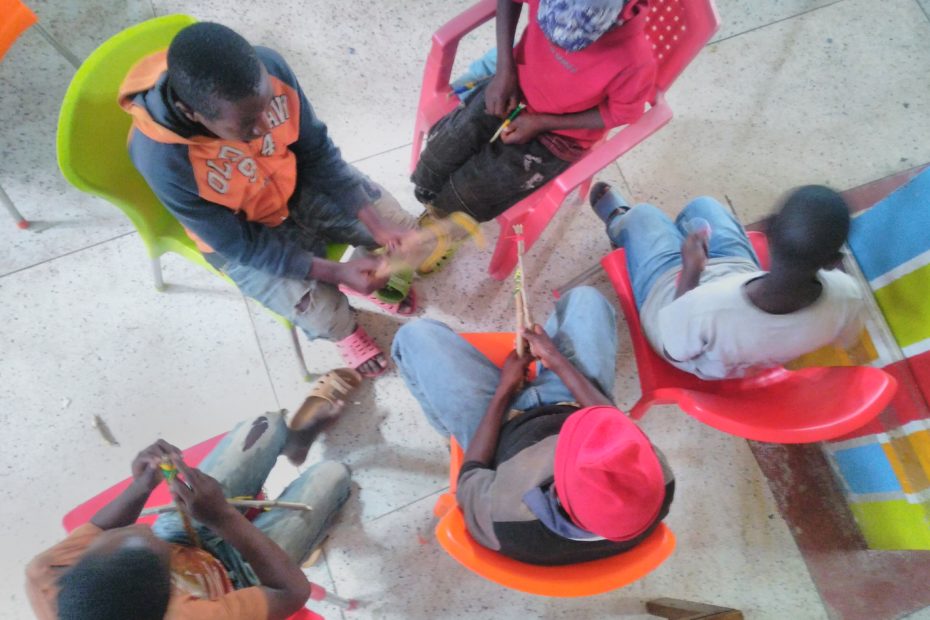 Intro: We were so pleased to have the very talented and knowledgeable, Tim Johnson grace us with an article featuring our new program. Find it below.

Carelynn Loopstra remembers the day when everybody else went home. “Here in my little town in Tanzania, all of the other foreigners left, the ones with international organizations doing development work,” she says. “I’m the only one working independently.” And she’s the only aid worker still there, on the ground.

It hasn’t been easy. Loopstra runs a non-profit that uses the revenue from a backpacker hostel to provide a variety of community supports, from simple but vital services like providing blankets and hot meals to street youth, to girls’ education and empowerment projects, to funding local leaders to run their own grassroots programs. The problem? No backpackers have checked in (and paid for a room), for months, a major challenge for funding.

Now, she’s partnering with a new, Canadian program called Child Freedom Project, which will  help provide the necessary resources to keep going. But the program provides a lot more than that. Using technology to connect the kids in her town with a classroom in Canada, the Project will cross boundaries (and oceans) to bring them all together. “It will really open up the world—and open up the minds—on both sides,” she says.

A photo from partner recipient and future CFP Global Hub partner in Tanzania.

An educational tool for Canadian students to build meaningful relationships through digital learning and fundraising, Child Freedom Project (CFP) is the descendent of another program called Schools 4 Schools, which relied on in-class instructors. In our present pandemic age, CFP is taking things online, providing an important platform to communicate and connect.

The idea is simple: Canadian teachers and their students review a number of international community development projects, and choose a partner. Then they fundraise for it—for other kids, halfway around the world—and in the process learn about their counterparts. “Local students can’t help but expand their minds when they communicate with children in remote communities in India, Nepal, the Philippines, Tanzania, and elsewhere,” says Lisa Farano, of Elephant Thoughts, the non-profit that developed CFP, based in Collingwood, Ont.

And along the way, these students will gain an understanding of a variety of important values, in part through 45-60 minute online modules geared to kids in Grade 6 to Grade 12, including diversity, integration, inclusivity and equity. Presenters and contributors are teens and young people drawn from around the world—Sierra Leone, the Philippines, Venezuela, Mexico, Tanzania and Canada, including Indigenous community partners.

In the introductory module, focused on recognizing privilege, Anisha Bensdira, a high-school student and and recent speaker at a Black Lives Matter rally, serves as one of the on-screen presenter. “I will be joining you alongside this incredible journey towards becoming an active, educated global citizen, with the power and tools to make a positive impact in your own community and around the world,” she says, noting that, moving forward, module topics will include poverty, conflict, climate change and equality. The video is fast-moving and engaging, and learning is interactive.

Bensdira showcases some of the international partners, including a collective in Haiti that needs sewing machines, as well as Loopstra’s program in Iringa, Tanzania. “You will have the unique opportunity to connect directly with the people in other countries,” she says, brightly. “Maybe you will even make a friend along the way, that you can one day visit.”

Bensdira then leads students through a five-part lesson that includes an active “privilege walk” (which asks students to assume diverse profiles and see how gender, location, financial status, sexual orientation and race can affect life on a day-to-day basis), a class discussion of foreign aid (including how it should be administered responsibly, and a talk by a Tanzanian elder on what happens when it isn’t), and finally a personality quiz, which helps students see how they can personally contribute locally, and make impacts, globally.

Mike Ready, an Ontario elementary school teacher, has seen first-hand the impact these lessons can have on students. Involved for more than a decade in Schools 4 Schools and other projects by Elephant Thoughts, he’s already signed up for CFP. In the past his classes have fundraised to buy chickens for families and fund educational programs in Africa and India, and he remembers one that was particularly powerful. “We supported a whole community that was living in a garbage dump,” he remembers about the project, which was based in Managua, the capital city of Nicaragua.

Amongst his students, it was a moment of awakening—and some discomfort. “We had some nervous smiles,” he says. “They couldn’t quite believe that these kids would live in a dump.” And after traversing that hump—and overcoming some unfounded self-satisfaction (an attitude of, “look at us, we’re do-gooders,” in Ready’s words), the class began to evolve and gain a greater understanding of both the issues at play, and those individual families, who live such a different life than their own. And, they raised enough to pipe clean water into the school at the dump, and then, later, build a functioning bathroom. “Those kids from my class are now in university, but I guarantee that every single one of them still remembers it,” he says.

The key, he says, is that projects are put forward by the communities themselves, based on their needs, rather than some sort of Western understanding of them. For example, while perhaps drama and music wouldn’t seem like such a priority in a poverty-stricken region like Iringa, Tanzania, it’s all about community building and raising the status of street kids. Through a series of gatherings and classes, the kids there prepare a performance, then bring in university students and government officials to watch. It builds a bridge between strata in that society, and shows that these kids are talented and worthwhile. “People love it,” says Loopstra. “They celebrate the kids.”

With CFP, she’s looking forward to seeing the engagement and interaction, on both sides of the ocean, seeing kids in Canada and Tanzania talking to each other, sharing jokes, and experiences, even streaming music they’ve made for each other, the notes flying across continents, into hearts and minds. She’s anticipating joy and silliness, and an understanding that happiness isn’t necessarily monetary, and that we all have our humanity in common, even amongst stark differences. “I hope it brings awareness,” she says. “I hope it opens eyes.”

Welcome, to the Child Freedom Project, brought to you by Elephant Thoughts.

You have taken the first step in joining our movement to facilitate child to child education and aid.

Your program manager will be in touch with you within three to five business days to onboard you and learn more about your specific needs.

We can’t wait to connect with you further.